London is one of the world’s oldest cities, and the only one with a statue erected to someone who almost destroyed it: Boudicca and her daughters defiantly stare across the water to Big Ben and the Houses of Parliament, a testament to what can be achieved with sufficient determination. This sums up London: it is a glorious muddle of contradiction and time – but it works! And there are many perks attached to working in this thriving yet ancient metropolis. Let’s look at just seven of them.

7 Hidden Perks To Working In London That You Didn’t Know: 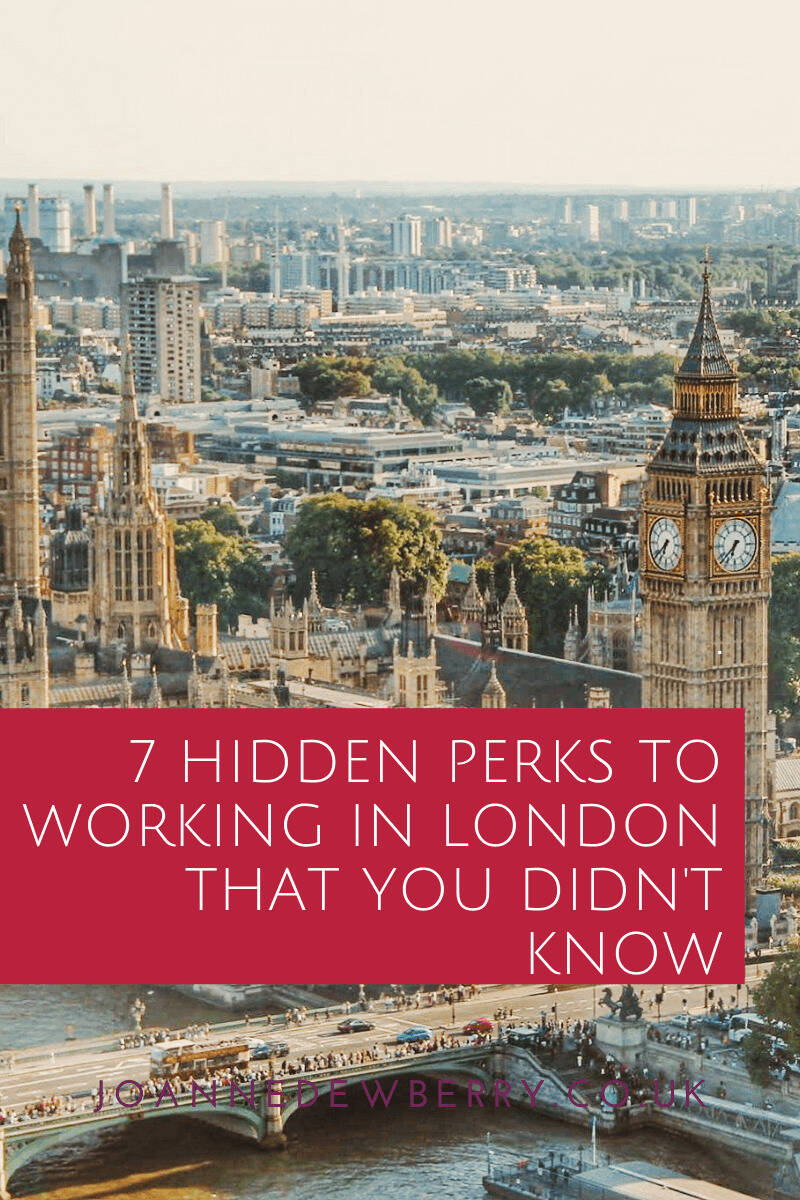 Where else in the world is there a building which once housed – in different centuries – Jimi Hendrix and Handel? Where a fictional character became so popular that the council built his previously non-existent address? There are not many places like London, because the city has been a major settlement for over six thousand years and it has seen warfare, trade, the rise of modern civilisation and the growth of communities and societies during that time. Almost any corner will boast some sort of historical significance, making it a wonderful place to live if you are interested in such things.

Fairy tales and bedtime stories told all over the world make mention of London. There is something appealing about this great city that appeals even to people who have never seen it. Being able to simply say, ‘I live in London these days,’ sounds like being successful, and that alone has great charm!

Londoners used to have a reputation for taciturnity but the London Olympics in 2012 saw them transform into a more welcoming group. Oddly, various acts of terrorism have furthered this – rather than peacefully ignoring one another as they used to, there is a tendency to ‘people watch’ now – and that can lead to unexpected offers of friendship and comradeship that would have been unthinkable just twenty or so years ago. And the colour of your skin or religion matters much less than your demeanour and behaviour – talking loudly in a quiet carriage or eating hot fish and chips will draw censure, no matter who you are!

London’s public transport network might be pricy (as is much in the city) but it is widespread, well supplied and runs for long hours each day. You can travel widely within the six zones that encompass much of Greater London using buses, trains and tubes are get yourself to within a few metres of your destination without too much effort. For special occasions, taxis will get you through London’s complicated network of roads – some of which still show signs of their origins as sheep tracks in their winding narrowness – in much less time than you might expect!

Everyone who has a great idea and wants to make it big comes to London. Fashion designers, artists, engineers and more: all flood to the city hoping to make their mark when they land the big deal – or simply get an internship with their business idol, getting a toehold on the bottom rung of their preferred industry! The reason people come to London to ‘make it big’? Because this is where the big money is to be found! Venture capitalists, merchant bankers, investors looking to get in with a young and upcoming star – they look in London for talent, and they find it!

This means that no matter what your industry is, you are more likely to meet the very cream of the profession in London. Once you get to London, make sure you get yourself out there: attend exhibitions, go to university talks, and generally put yourself in places where high-powered individuals are known to socialise, you could soon find yourself with an open doorway to a bright future. Hooking up with a good recruitment firm is an excellent idea to leapfrog the early stages of this process – finding a good headhunter agency here can shoehorn you right into the heart of your chosen industry.

Living in London is expensive – so much so that it has a higher national minimum wage rate than the rest of the UK. However, while you can easily find living from day to day ruinously expensive, even with the higher rate of pay, there are also hidden gems that you will soon find: cheap pizza places, vintage clothing boutiques where you can pick up exquisite clothing for bargain prices, and, of course, there are plenty of free places to visit: most of the museums in London are free, with donation boxes hopefully positioned near the door, but no actual entry fees to be paid.