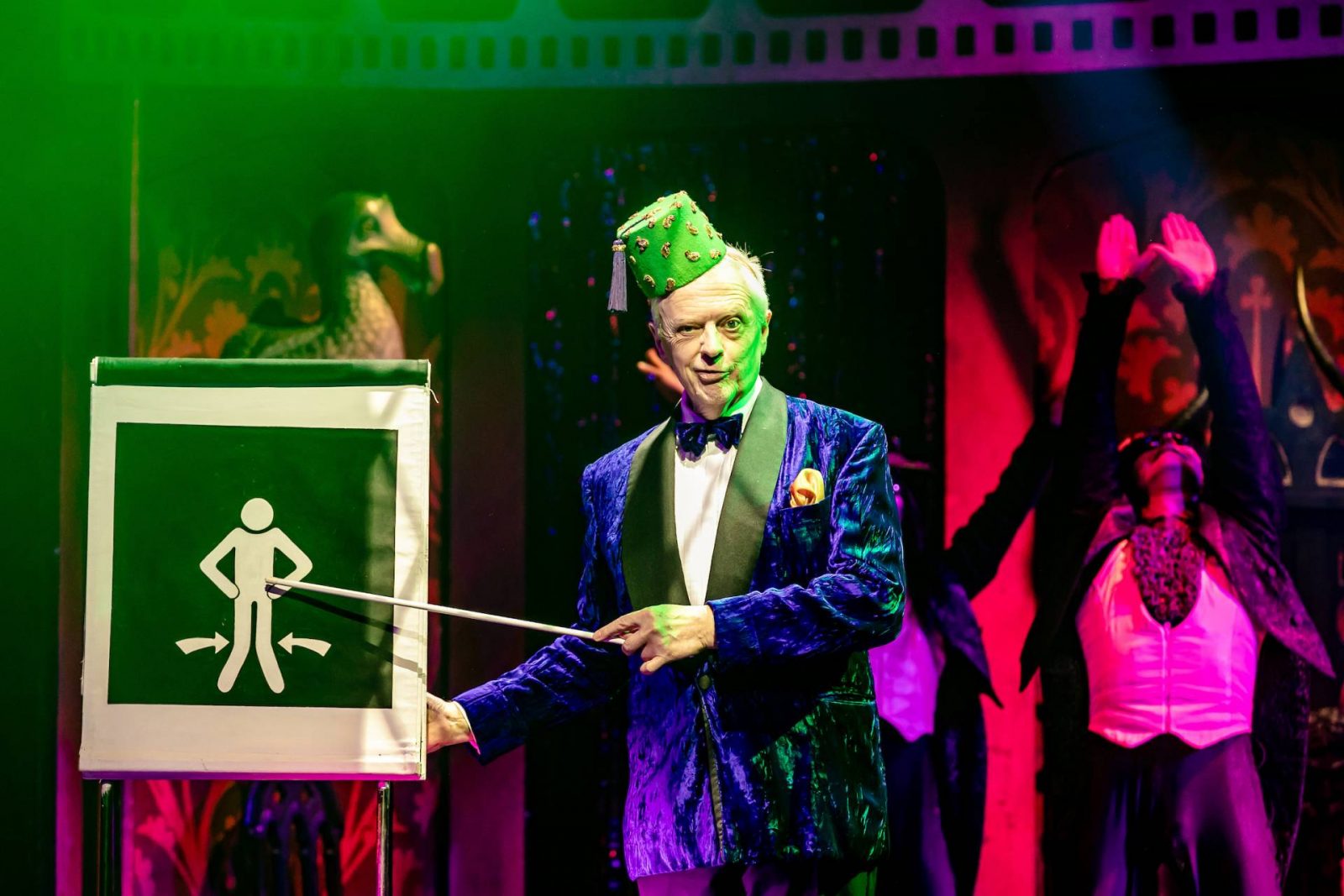 Many a school disco and uncle’s wedding was spent doing the time warp, obviously, I knew the guy from the Crystal Maze (Richard O’Brien) wrote it and there’s a whole Glee episode dedicated to it but that’s the extent of my Rocky Horror Show knowledge.  When I asked my friends to join me, at Bournemouth Pavilion Press Night and they started talking about dressing up and wigs etc … I really wondered what I’d got myself into!?

So what is the Rocky Horror Show? :

The Rocky Horror Show tells the story of Brad and his fiancée Janet, two squeaky clean college kids who meet Dr Frank’n’Furter by chance when their car breaks down outside his house whilst on their way to visit their favourite college professor. It’s an adventure they’ll never forget, with fun, frolics, frocks and frivolity, bursting with timeless songs and outrageous outfits.

I LOVE Strictly Come Dancing (who doesn’t), it was amazing to see Joanne Clifton, in an entirely different role, she can sing, she can dance, she can act is there no end to her talents (must be something to do with the name 😉 *cough*!) It’s no wonder Joanne has been receiving rave reviews as Janet. she said: “I absolutely love playing Janet, so I’m delighted to continue with the show throughout the year”. 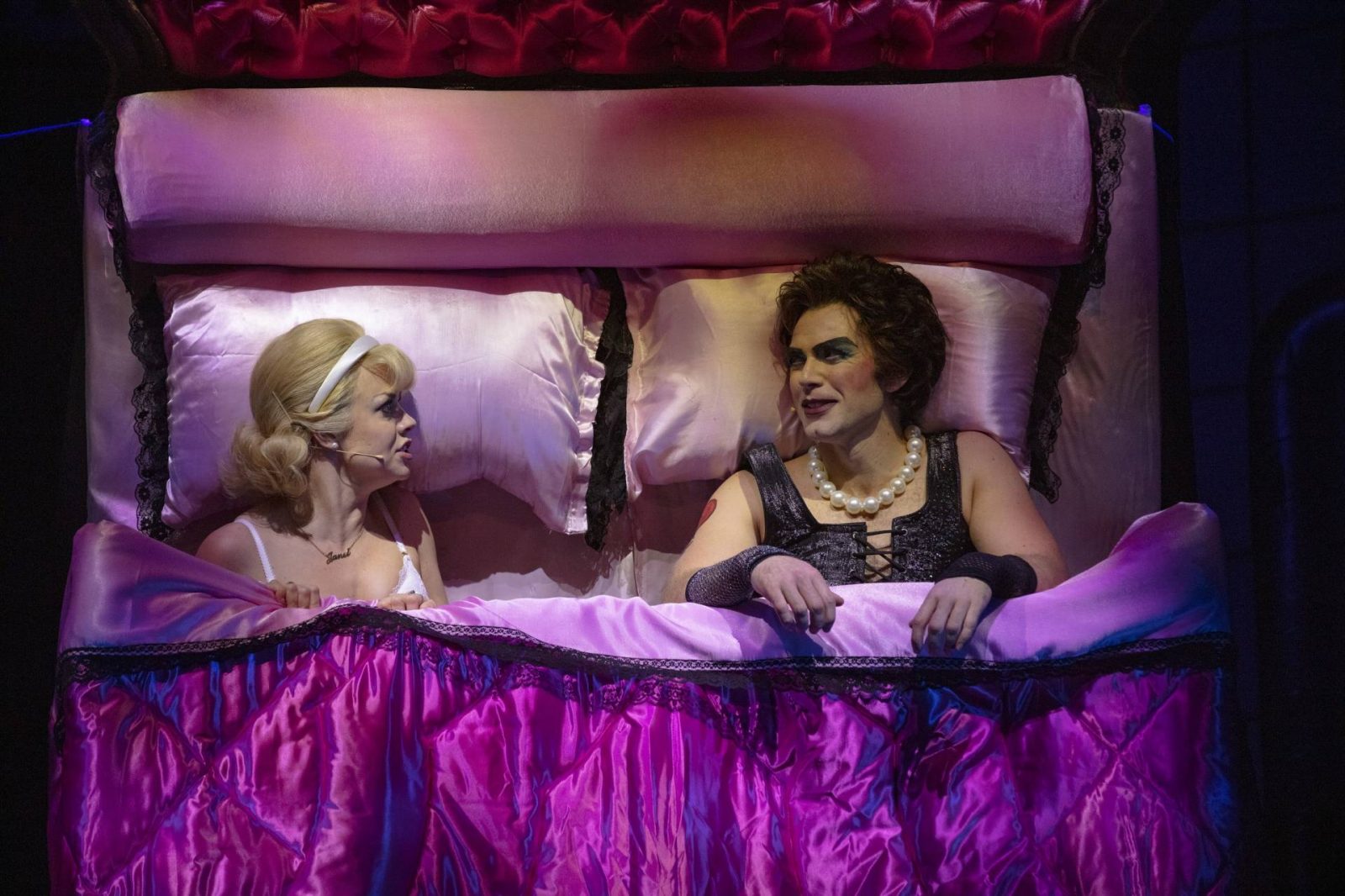 I was surprised by how many of the musical numbers I actually knew including “Dammit Janet”, “Touch-A, Touch-A, Touch Me” and, of course, the timeless floor-filler, “The Time-Warp”. It’s hard to believe that The Rocky Horror Show first began life in 1973 for an of just 63 people in the Royal Court’s Theatre Upstairs. Monday night at the Bournemouth Pavillion was packed out with people dressed up, dressed down 😉 and time-warping (is that a real word?) their hearts out.

Whilst I had very little idea what was going on and then they all went off to space or died had me a little bewildered! There is no denying that the production is phenomenal. I love the showreel above the stage where you could glimpse the live band, there’s something special about a musical which is a feast for your eyes there’s so much to see you sometimes don’t know where to look.  I loved that the show is interactive, with rubber gloves, playing cards and lots of audiences heckling! The Rocky Horror Show is pure escapism, a cult classic and it’s a testament to Richard O’Brien how the quirky story has stood the test of time. Literally arriving to see two Grannies dressed as Usherettes in the foyer made my day! “I thought the show was amazing! Their voices were out of this world. Costumes were fantastic and the audience banter etc very funny. Left the theatre buzzing!” Trisha Reece Virtual PA Services.

⤴️ wigs are cool. The Rocky Horror Show is ready to thrill you with fun and naughty moments (so many innuendos made me blush A LOT!) until 26th October at Bournemouth Pavillion before continuing it’s Tour. BUT be warned this show has rude parts, so many, many rude parts! (Not suitable for children or adults of a nervous disposition!)

I was provided with free tickets from BH Live in order to write this review. Opinions are mine and mine alone.