Roman ruins, medieval villages, baroque architecture and modern aesthetics compose a mosaic of images in the cities of Germany. When the old meets the new, and they merge together, something different and wonderful is formed. It’s so easy now to book your dream holiday to Germany using Ebooking systems. Discover the unique beauty of the ten most beautiful cities in the country with a rich historical heritage!

10 Of The Most Beautiful Medieval Cities In Germany:

Nuremberg is the city where the leaders of the Holocaust were tried for crimes against humanity, a defining moment in German history of the 20th century. However, the city is also known for its particularly beautiful sights and is the right place to visit if you love modern history.

This city is made of fairy tale material… A walk through the alleys of the old town with the well-preserved medieval buildings will take you almost magically to the world of the Grimm brothers. Its unique beauty is the reason why many films have been shot there with the most recent film adaptation of the book “Harry Potter and the Deathly Hallows”. 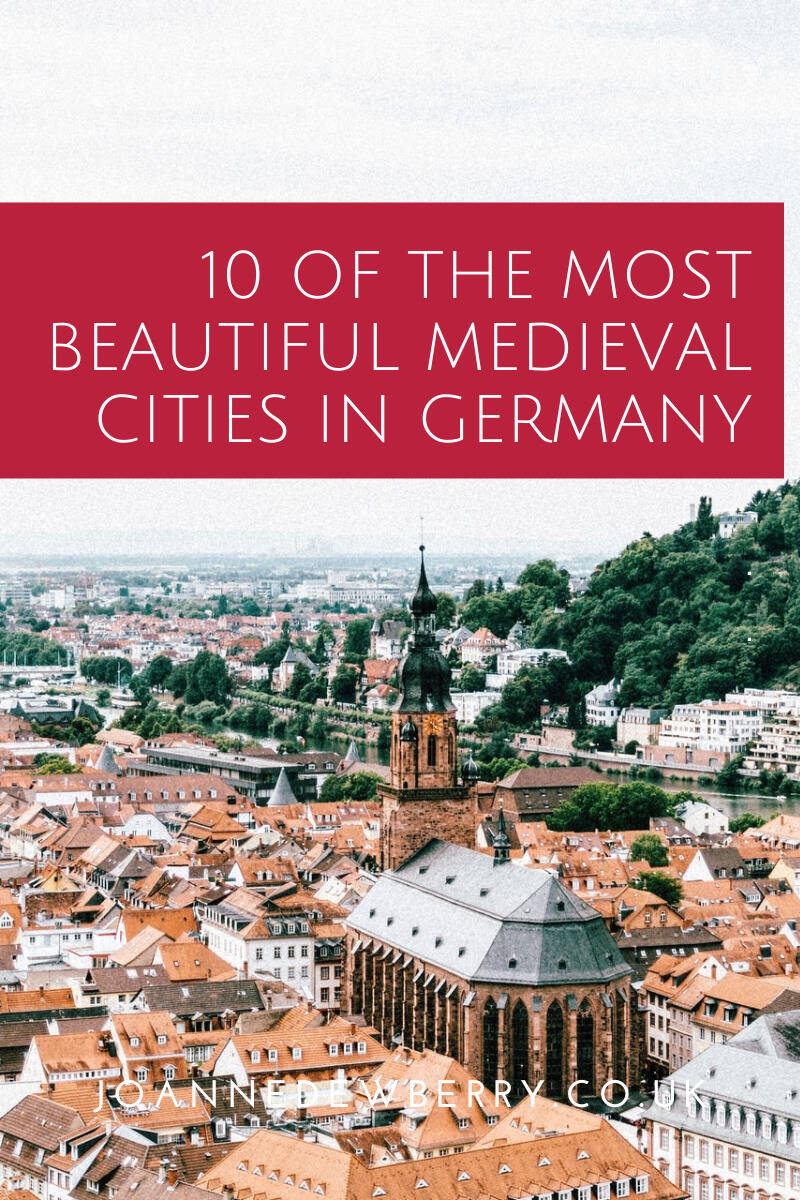 Surrounded by lakes, Schwerin is the capital of the state of Mecklenburg-Western Pomerania in Germany. The state parliament is housed in the majestic Schwerin Palace on an island. For art lovers, the State Museum of Art houses an extensive collection of Dutch paintings and antiquities.

The city of Weimar is full of historic buildings from the 17th and 18th centuries and atmospheric alleys ideal for walks and wandering. Several of its sites are on the UNESCO World Heritage List, mainly due to the cultural and historical significance of its buildings and parks from the heyday of Weimar classicism and the role of the city as a spiritual centre in the late 18th and early 19th centuries.

Leipzig was an important trading post of the Roman Empire and today is an important economic centre. Despite the significant damage, it suffered during the war, many of the monuments and buildings were rebuilt so you can enjoy its beauties, from the quiet old town square to its impressive churches from various architectural periods.

Bonn was originally built as a Roman settlement and is one of the oldest cities in Germany. Its location on the banks of the river Rhine has always made it easily accessible and therefore a centre of influence. It is the birthplace of Beethoven (1770) and today houses several United Nations buildings and government offices.

The city is the oldest in Germany and was founded by the Celts in the 4th century BC. It is listed as a UNESCO World Heritage Site, thanks to its Roman and medieval buildings, such as St. Peter’s Cathedral and the Church of Our Lady. Another reason to visit it is that it is located in the centre of the famous for the wines of the Mosel region.

Lubeck has been a well-known trading post since the 14th century and is an ancient Hanseatic city. Immigrants and traders have mainly influenced its architectural style. It is also included in the UNESCO World Heritage Sites list as one of the best examples of Gothic architecture.

The city is an important commercial and cultural centre and belongs to the state of Baden-Württemberg. It was initially known for its silver mines. Its first university was built in 1457 and is one of the oldest in Europe. At the edge of the city is the Black Forest, a large forest ideal for long walks. With a very sunny climate, green environment and a beautiful centre, you may never want to leave after visiting it for the first time. Visit the city in your car to enjoy the whole magical route to it. If you do not own a vehicle, then you are advised to hire a car from the reputable company Enjoy Travel, which can offer you the vehicle of your choice at a very affordable price.

Built along the banks of the Neckar River, Heidelberg has been inhabited for several millennia due to its pleasant climate. As early as the end of the Middle Ages, it had emerged as one of the most important cities in Europe with an important role in the Reformation era. The baroque city centre and its castle are two attractions not to be missed.