While champagne may be the ultimate in luxury beverages, many people don’t realise that England has its own offering when it comes to wine – English sparkling wine. In fact, in southern England and Wales, there are around 400 commercially operated vineyards quietly carving out a space for themselves in the industry. And the best of these wines are rivals to good champagnes, with delicate flavour profiles and aromas.

Here’s why English sparkling wine is a strong rival for champagne and why even famous Champagne houses from across the channel are taking note of the climate and vineyards we have here in the south of England. 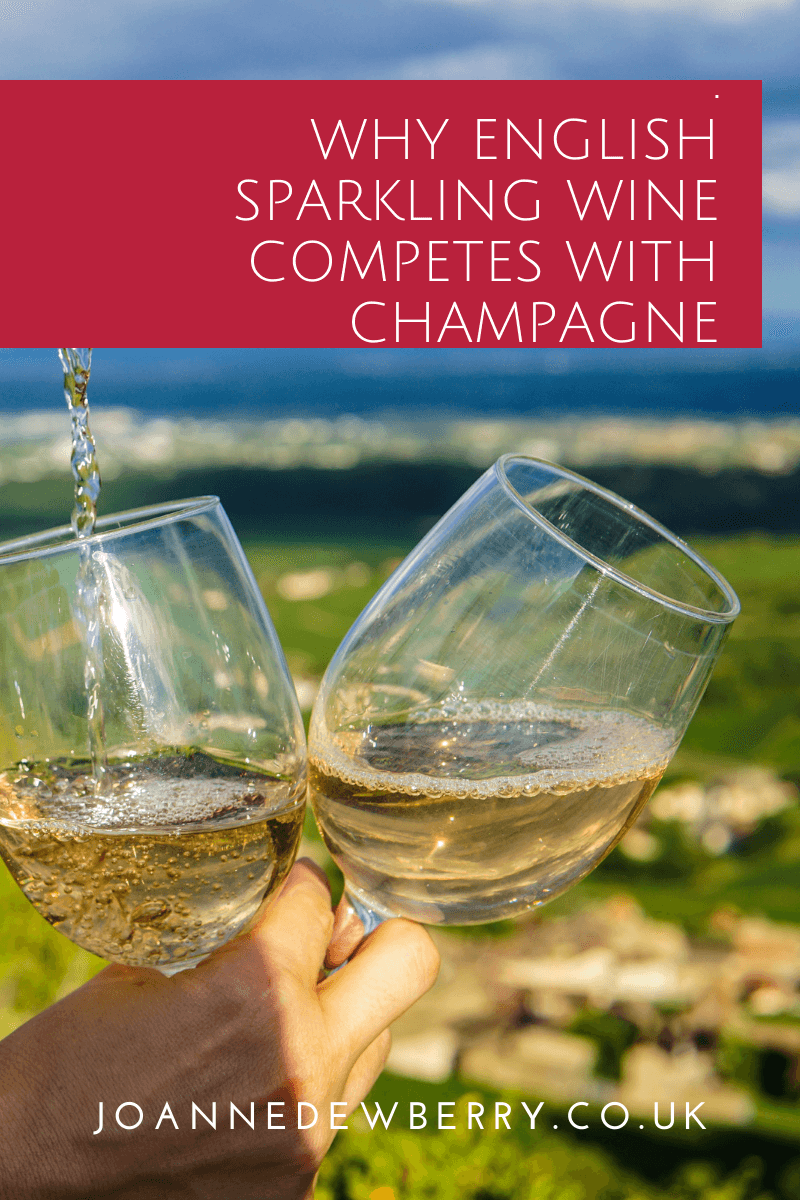 The British are some of the greatest connoisseurs of champagne outside of France, and with good reason. The chalky soils that give French champagne its classic taste and character also occur in the south of England, in the likes of Sussex and Kent. There are a large number of fantastic wine producers in this region, and even well-known Champagne houses have looked into opportunities for establishing vineyards in the UK.

The likes of Highweald Wines, for example, utilise classic Champagne production methods in the High Weald region of southern England, establishing themselves as one of the leaders of the English wine market in a short space of time. The result of vineyards such as this is a wine that tastes very similar to great Champagne due to the growing conditions we have here. In fact, the temperate British climate was the main draw for famous French Champagne house Tattinger, who purchase farmland in Kent along with UK winery Hatch Mansfield to create Domaine Evremond.

People in the UK have been enjoying English sparkling wines for some time now, and as the industry starts to take note, its popularity and reputation have increased. We’re just as likely to see English sparkling wines served at receptions at 10 Downing Street and in first class on a British Airways flight, and even by royalty since Prince Harry and Meghan Markle toasted their wedding with English sparkling wine. It’s no longer seen as a lesser version of Champagne and instead enjoyed in its own right as a delicious drink deserving of its high reputation.

English sparkling wines and authentic Champagne share a lot of similarities, starting with grape varieties. There are three grape varieties used in both of these forms of wine – black grapes Pinot Noir and Pinot Meunier, and the white grape Chardonnay. But other types of grapes can be added in smaller amounts to create unique flavour combinations. The grapes used in both beverages are produced in similar climates and on the same soil, which creates a result that’s very similar in each region.

The other factor that creates similarities between English sparkling wine and Champagne is the method and process used to create both wines. These beverages are fermented in the tank, which is followed by the addition of the liqueur de tirage, a syrup mixture of wine, sugar and yeast to create a second fermentation. This process induces the bubbly carbonation that we associate with Champagne, and then the liquid is aged for the final product. But despite the method being known as “méthode champenoise”, English sparkling wine does use the same process, albeit by a different name.

Naturally, different wine producers create wines with their own tasting notes, from sweet citrus and pear to apples, brioche and candied nuts, but something that means English sparkling wine competes with Champagne is the similarity in taste. English wine tends to have a more distinct freshness with higher acidity, but there’s a closeness between the two that means English sparkling wine producers are on the same level as great Champagne producers.

Whether you’re a Champagne enthusiast or new to the world of wine, there are many incredible vineyards in the UK producing exceptional English sparkling wines that taste fantastic and are worthy of their seat (or glass) at the table. Now, Champagne producers are seeing the potential that English soils have and the climate that this area offers, which is well-suited to producing delicious sparkling wines that are comparable to classic Champagne.